I should be regarded not only as the wife of Willie Adams but as a woman who has used her influence and affluence to better the community in which she lives. 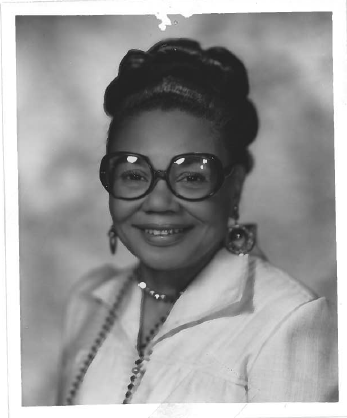 Ms. Adams pursued politics after founding a women's political club called turned her eye towards politics when she founded a women's political club called the Colored Democratic Women's Campaign Committee in 1946. Ms. Adams, along with her group members, was determined to focus efforts on the election of African-American politicians citywide and statewide. In 1966, she was successfully elected to the Maryland House of Delegates. Following this, she left the state legislature to run for a seat on the Baltimore City Council, representing the 4th District.

Unfortunately, while Ms. Adams was serving the 4th district, an older couple in this district froze to death in their home due to not having heat. Ms. Adams took it upon herself to ensure something like this would never happen again under her tenure. In 1979, she partnered with the Baltimore Gas and Electric Company to establish the Baltimore Fuel Fund, which was designed to help local families with their heating bills. The fund was then renamed the Victorine Q. Adams Fuel Fund, and later became the Fuel Fund of Maryland, a recent member of the Governance Board of Directors of NEUAC. 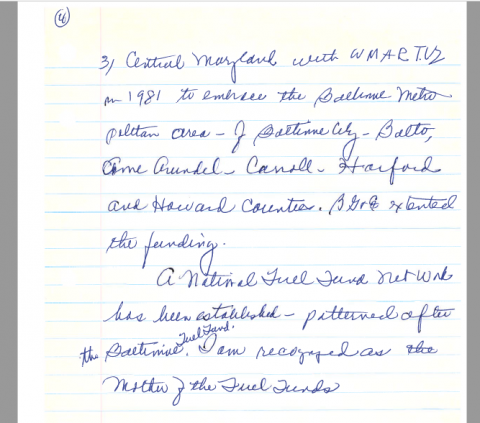 It is there that this handwritten note by Mrs. Victorine Q. Adams is stored where she deems herself as "the mother of fuel funds".